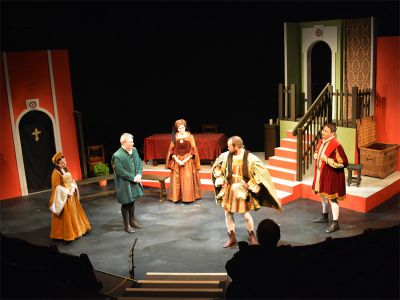 Robert Bolt’s famous play, A Man for All Seasons, explores the plight of Thomas More during his opposition to the change in law to permit Henry VIII to become head of the Church of England and to divorce his barren wife, Catherine of Aragon.

The plot is fascinating as the audience learns of how Thomas More avoided court charges by not expressing his opinion on matters. The play begins in a humorous manner with Jim Black playing The Common Man. For this part Jim assumes many roles from More’s steward to the Tower of London Jailer. He addresses the audience with an amusing speech which introduces the concept of his changing roles by telling us he feels unsuitably dressed.

The central character in the play, Thomas More, is played by Kevin Romaine. He never faltered in his performance. He played a calm and thoughtful man but also showed the audience moments of anguish and hurt with great authenticity. Despite knowing the outcome for Thomas More the audience couldn’t help but will this to change after feeling the pain and injustice of it.

The King (Alistair Hill) is perhaps not as you would expect. He is portrayed not as a villain or power monger but as a man who simply wants to enjoy the pleasures in life. Instead the villain in this play is Thomas Cromwell (Richard Haighton) who is determined to convict More of high treason. Richard Haighton plays him as a sly man as opposed to a purely evil one.

The Tamaritans had a great number of lines to learn, every one of which was delivered excellently, a compelling play with a worthy cast. This performance serves as an interesting history lesson but also an evening of amusement and consideration. 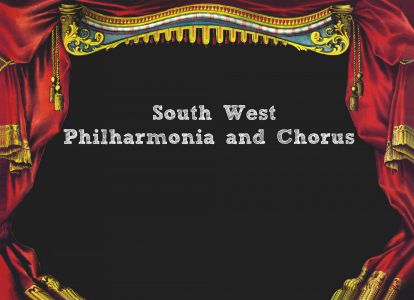 Last Night of the Proms 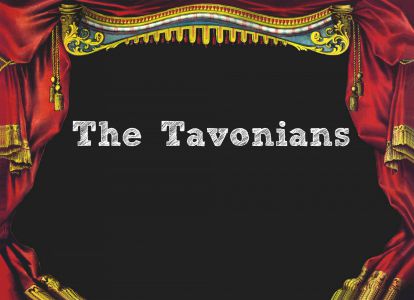