No Walls Creative Arts present the classic tale of ‘Cinderella’, as their annual panto. It contained the traditional story we all know and love with some interesting twists, including a feisty Cinders played by Charlotte Robinson.

When I entered the theatre that evening I wasn’t expecting one of the scenes to take place in a karaoke bar. Who knew you could meet your Prince Charming in such a place? The cast clearly enjoyed this scene as it included the popular title song from ‘The Greatest Showman’ led by DJ Mhaled (Lucy Oliver).

For many of the cast this will be one of their last shows with No Walls Creative Arts, as they complete university this year. It is clear to see that during their time with the company these actors have bonded off-stage too. In this performance we were able to see how each of them has developed their different character acting skills and their strength in performing as an ensemble.

There were also some newcomers to pantomime in this performance. Darren Ball as the Fairy Godmother played his first role in a panto but it seemed like he had been on the stage all his life. He stepped into his sparkly shoes and donned a glorious curly wig, completely transforming into Cinderella’s Fairy Godmother. He had great rhythm in his speech and had created a fabulous sing-song gentle voice for the Fairy Godmother.

This panto is definitely on the cheeky side with plenty of innuendo and political jokes, however the younger members also seemed to enjoy the show thanks to the familiar songs, fun dance numbers and audience participation. If you are looking for a show that will be enjoyed by both adults and children then head to ‘Cinderella’. 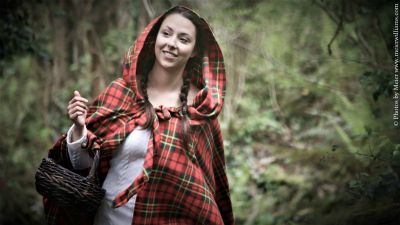