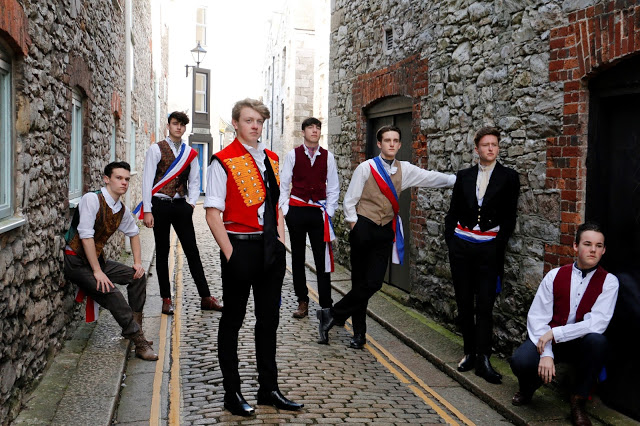 Plymkids present their third performance of ‘Les Miserables’, having also performed the show in 2006 and 2012. With many of the youth company members maturing and leaving Plymkids after this show, we were able to see these young actors at the peak of their time with this company.

The most striking aspect of this performance was the sheer size of the cast. With so many ensemble members onstage, the street and factory scenes had the perfect amount of hustle and bustle.

The standout singer of the evening was Alex Ward who played Inspector Javert. His rich and powerful voice was perfectly suited to Javert’s musical numbers. The deep tones gave a menacing, authoritative presence necessary for successfully playing this part.

Eden Orchard playing Jean Valjean bravely tackled the falsetto sections in the musical numbers of this character. He showed strength and confidence throughout the performance.

The actresses in this production also used their voices with great skill, portraying the raw emotion that these suffering people were feeling. Eponine (Laura Aldersley)and Fantine (Ellena Ball) both have indescribably hard lives and these young actresses portrayed the pain and suffering with maturity.

In contrast Jasmine Clarke was a shining light of innocence among this dark underworld. Her portrayal of Cossette revealed the love and compassion she felt towards others. Her sweet voice soared on the high notes of Cossette’s musical numbers.

Every scene was carefully choreographed and planned, leading to a slick performance. Every member of the cast stayed in character throughout the performance and it was almost a shock to find yourself in a theatre in Plymouth and not in 1800s France, once the production had ended.

Overall this production of ‘Les Miserables’ was thoroughly enjoyed by the audience who left excitedly talking about their favourite moments.

Pirates of the Curry Bean