The Tamaritans produced a killer comedy, quite literally. Natural Causes is about an untraceable poison which is sold by Exodus for assisted suicide. It doesn’t sound like the kind of subject that would make suitable material for a comedy but the audience certainly laughed at this blackest of black comedy. I found it interesting how such a taboo subject has been approached and turned into something enjoyable. Euthanasia and suicide are usually subjects to be left well alone but this play by Eric Chappell creates a light hearted approach to death.

The cast was composed of five actors and due to the farcical nature of the play there were many cases of mistaken identity. Clive Lovatt played the hysterical Walter whose voice became higher and higher throughout the performance. He kept up the nervous and over-exaggerated character throughout. Walter was rather suspiciously trying to persuade his wife Celia to take the poison.

Debbie Temple played Celia who was the most serious character in the play. This role needed to be played without humour in order to create funny moments when Celia kept bouncing back from her attempted suicides. Angie played by Mia Rees was the flirty blonde causing trouble but she had a dark side. I enjoyed Peter Griffith’s performance as Withers, a Samaritan trying to dissuade various cast members that it was not the time to die. The man behind the poison was Vincent played by George Sutton. Vincent didn’t appreciated being mixed up in such complicated affairs resulting in him almost poisoning the wrong people.

Yet again the Tamaritans have paid close attention to the detail of their set, with everything you’re likely to find in a living room from books to ornaments. The company have produced a professional performance. 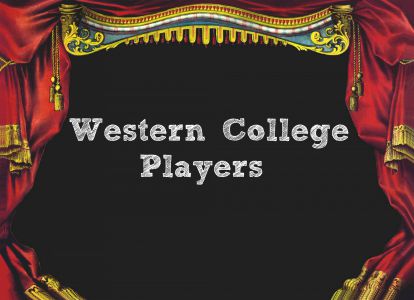