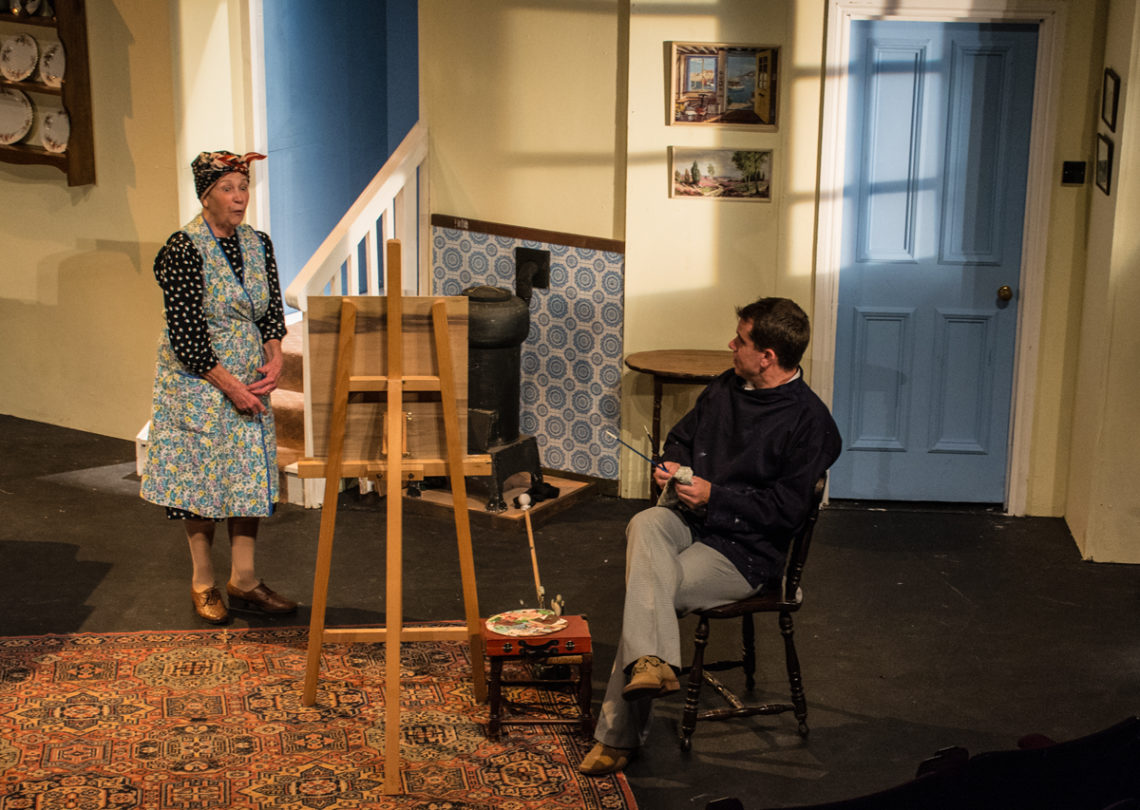 September Tide is a beautiful play by Daphne du Maurier, for a cast of six people. The Tamaritans could not have chosen a better group of performers to lead us through the story of love and family relationships, set in a small Cornish Harbour.

The three family members living in the house throughout the play, Stella Martyn (Rebekah Woodley), Cherry Davies (Katy Gamble), and Evan Davies (Matthew Becker) gave a captivating performance. The story unfolded to reveal the complexities of family life, especially under the circumstances of living as a married couple with their Mother/Mother-in-law.

Rebekah as Stella gave a striking performance as a women who is lost in the memories of the past and considers her purpose in life to now be to take care of her grown children. Her emotions peaked and dipped as the days passed and she got to know her new son-in-law.

Alongside the melancholy character of Stella was her house keeper. Doreen Sutton as Mrs Tucket had perfected the stereotypical West Country woman, with her gentle Cornish accent and excellent delivery of the lines. This endearing character has a sweet scene between herself and Evan, who is an artist. Doreen’s expression upon seeing her portrait was delightful to watch.

As with every production from The Tamaritans, the set was outstanding. The attention to detail from the set designers give The Tamaritans’ productions an extra touch of magic. The setting of a living room in a Cornish cottage was completed down to the fine details of photos in frames, books, and even a rack of shoes and coats by the door.

The play ran smoothly and professionally with every element falling into place, from the actors on stage down to the musical interludes. The Tamaritans have created a compelling performance of a charming play.