Sounds Musical Theatre Company produced a musical revue packed with old and new film classics including songs, dances and scenes. From Frozen to Singing in the Rain to Gone with the Wind, with everyone cheering when the classic line ‘Frankly my dear, I don’t give a damn’ was delivered. The show opened with the ensemble shadowed in a blue light. This tableaux was aesthetically pleasing and built excitement, with the lights then turning to bright reds and yellows and the cast bursting into song, ‘Movies were Movies’.

The cast proved they were not just strong singers but talented actors too. The section from Carry on Cleo was very amusing and the casting choices added to the humour.

The cast sang ‘My heart will go on’ from Titanic. Their voices blended wonderfully and the harmonies were beautiful, turning this overplayed song into a new and interesting ensemble piece.

The show continued with a dynamic and stylistic dance to ‘Do you love me?’ from Dirty Dancing. The dancers later modified their style for an energetic dance to Footloose. The section in which the dancers were in couples was particularly enjoyable because you could see by their interaction, they were having fun.

The solo of ‘Learn to be Lonely’ sung by Natasha Clarke was stunning, with the silence from the audience speaking for itself. This was a very moving piece and deserved the big round of applause.

Sounds Musical Theatre Company had a great combination of humour with more serious songs which allowed the cast to present different types of talent. The vocal version of the James Bond theme was a brilliant concept and one that could have perhaps been expanded. Overall a great journey through the history of the silver screen. 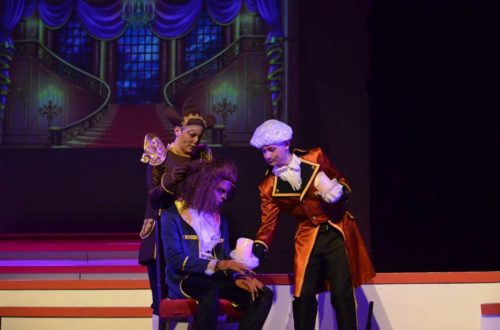