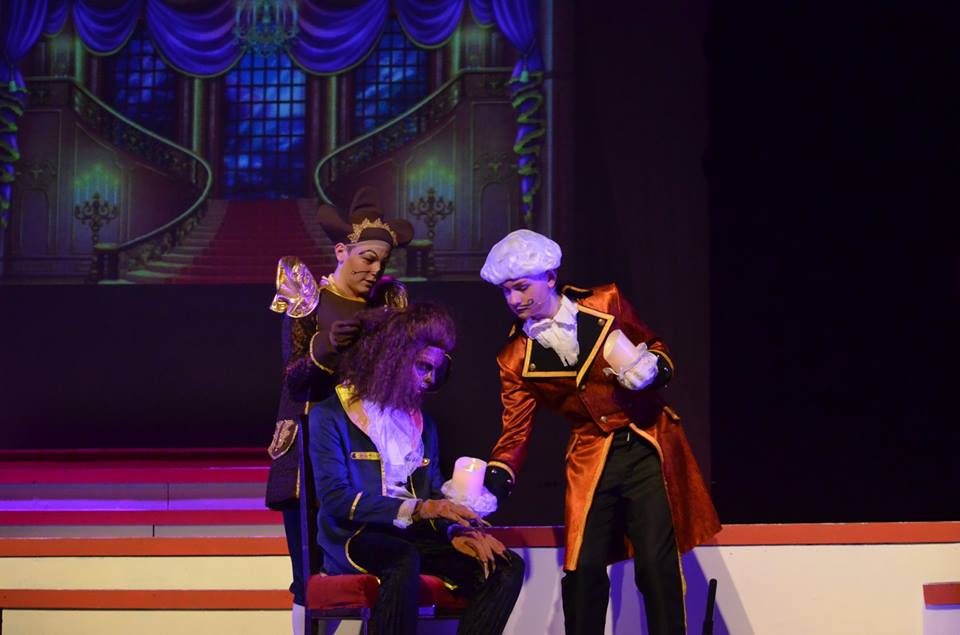 DJR School Of Performing Arts present The Greatest Show, a selection of songs and scenes from their favourite musicals. The show opened with an ensemble number and gave the audience a glimpse of all the characters we would meet throughout the evening. The costumes for this production are fantastic, so a big round of applause to the wardrobe department.

The costumes for the Beauty and the Beast characters were particularly imaginative. Mrs Potts (Emily Savage) had a fabulous outfit that totally transformed her into the famous talking teapot. She had a sweet singing voice and played the perfect motherly character.

As well as Beauty and the Beast we were treated to other Disney classics. The scenes from Pinocchio convinced me that DJR should schedule in a future performance of the full version of this show. Cameron Lawson as Pinocchio had a lovely clear singing voice which was perfect for ‘I’ve Got No Strings’.

I must admit I am one of the few remaining people who haven’t seen The Greatest Showman film but it was clear there were plenty of fans of the film among the DJR cast. The enthusiastic performances were well-received by the audience. DJR School Of Performing Arts certainly have a loving fan club!

During their performances of the ensemble numbers from The Greatest Showman the performers worked as a team to deliver the fun dances. We even got to see some fabulous gymnastics from one of the youngest members of the cast. She is going to be one to watch in the years to come!

There were a few technical problems with microphones but the actors did not allow this to distract from their performances. They carried on in true professional style.

The audience reaction at the end of the show proved that all the hard work was worth it. With an adoring crowd of family and friends, the cast of The Greatest Show are sure to be pleased with their performance.

Please note the earlier starting time of 7pm, with a 2pm matinee on Saturday.