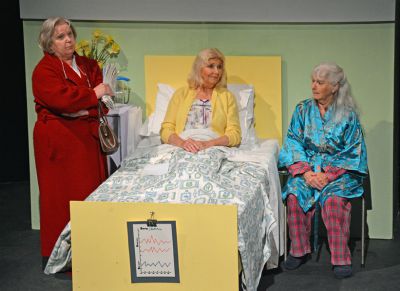 ‘Visiting Hour’ performed by the Tamaritans is a play consisting of sketch-like scenes, set in a hospital. It is a comedy however it does have some more serious sections which were unexpected and moving.

Scene 1 began with a wife visiting her husband who had been in a car accident. At first Helen, played by Catherine Teague seemed a trusting and accepting wife but revealed her true feelings at the end of the scene. The slapstick comedy in this scene involved Helen accidentally injuring her husband further by forgetting about his sore arms and legs.

Debbie Temple played Pauline who performed a wordy and challenging monologue. It involved a great deal of emotion and was a shock after the comedic opening.

George Sutton showed his skill in being able to take on any character. First he played cheeky Mr Darbon, a patient awaiting a quadruple transplant. In contrast George later played an old man, contemplating all he had done in his life. This monologue was very powerful and pulled at the audience’s heart strings.

The smooth scene changes gave the audience an insight into the busy schedule at the hospital. The action front of stage was a successful distraction with patients and staff going about their business, while actors entered the stage behind to get into position for the next scene.

The final scene involved several patients and intertwining of conversations. This had many comedic elements and perfectly rounded off a highly enjoyable performance. All the Tamaritans performed to a professional level in this interesting and easy to follow play. 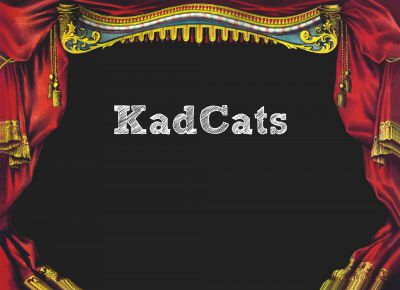