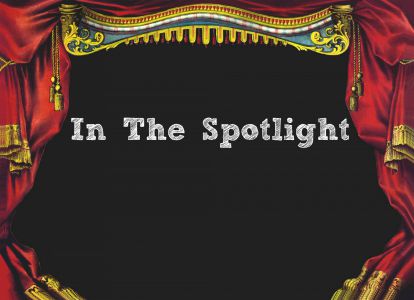 ‘In The Spotlight’ began with a fabulous lighting effects. Then all the cast emerged from the aisles and took to the stage to perform the opening number, ‘Radio Gaga’ from We Will Rock You. The staging was simple yet effective and this number started the show as it meant to go on.

Heather Haviland sang ‘Who Wants to Live Forever’ also from We Will Rock You. The sound she produced was beautiful and the vocal entrance of the company towards the end of the song made it incredibly powerful.

The show included many comical moments. ‘The Sad Old Whales Ballet Company’ showed the struggles of two dance teachers in giving a lesson to several wannabe ballerinas. The audience were roaring with laughter at these flatfooted fairies.

To continue the hilarity Clive Dinner as Fred Beswetherick told some very naughty jokes which resulted in the audience giggling like schoolchildren.

The company also performed an unforgettable ‘Time Warp’. They really let loose and showed us their fun side. The energy was electric.

In contrast Sam Wilson sang an emotional rendition of ‘Bring Him Home’. He captivated the audience from start to finish.

Overall the show was spectacular. It was clear to see how much time and effort had been put into making this a night to remember and a night for Lee to be remembered.

A CRY representative reminded us of the evening’s purpose with a speech about Cardiac Risk in the Young. At least 12 young people die in the UK of undiagnosed heart conditions every week so this charity couldn’t be more important. CRY was presented with a cheque for £4860.50, raised by In The Spotlight including a donation from The Carmenians.

In The Spotlight Preview